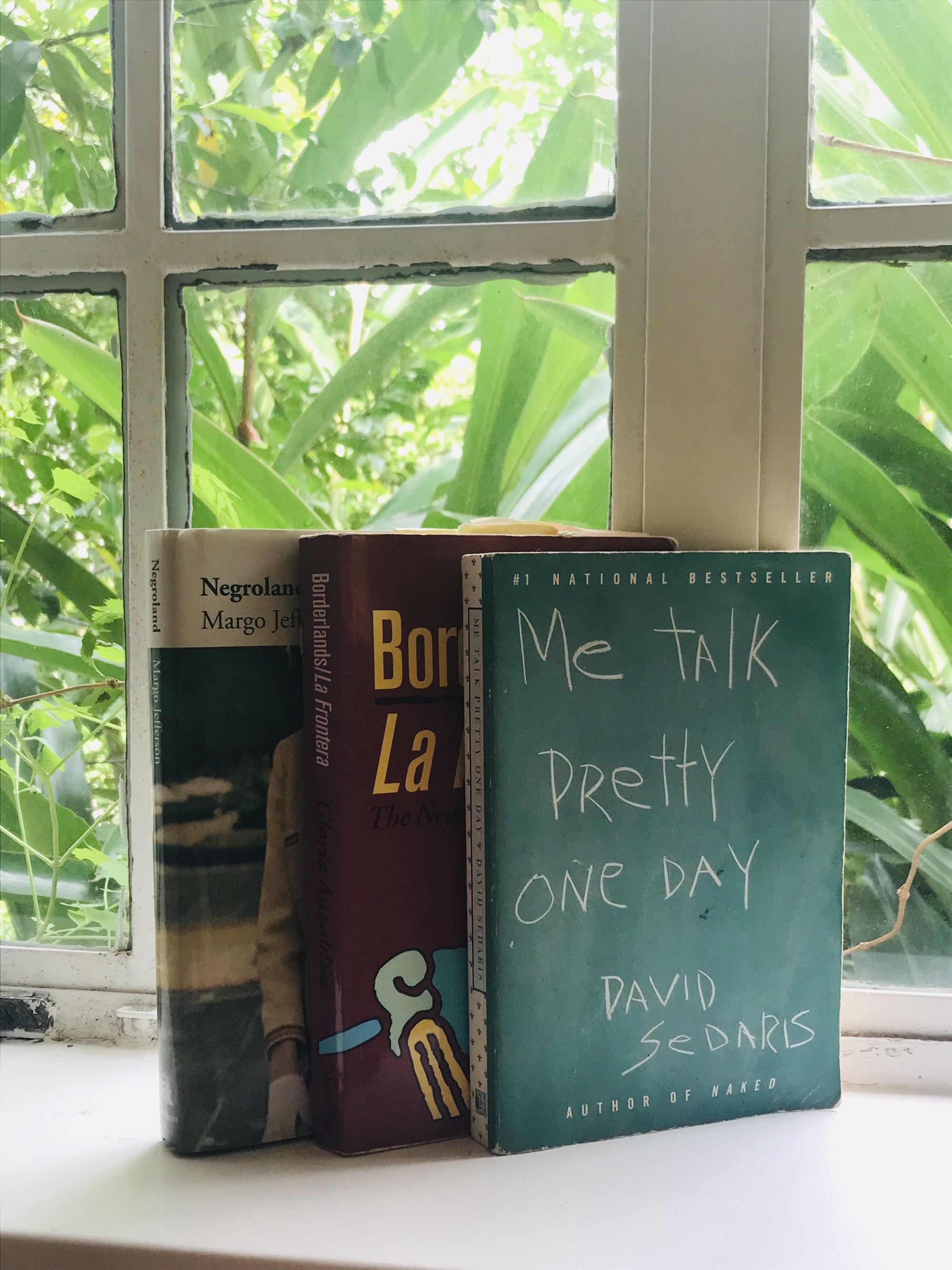 What Makes a Great Memoir?

On any given Sunday, depending on your feelings about gambling on the Lord’s day, you can place fairly certain bets on a few things: fanciful hats will be in abundance after morning church service, students will be hurrying to finish homework that they should have started Friday, and at least one memoir will be on the New York Times’ Best Seller list. Memoirs of all kinds and qualities saturate the shelves of bookstores and stockrooms of online retailers, to the point that even the most voracious reader might feel overwhelmed or simply over the genre.

You, the aspiring memoirist, might feel something more akin to desperation. You have an idea and want to put pen to paper, but what would make people want to read your story out of all the others—especially when, unlike fiction, it’s not just your story, but your life? In our view, the question isn’t ‘What makes your story worth reading?’, it’s ‘What makes any memoir great?’

When Jeannette Walls’ indelible memoir The Glass Castle opens, we’re there with her as she looks out of a taxi window and catches a glimpse of her unwashed and disheveled mother dumpster diving. What follows is the story of how her family has come to this point; how Jeannette and her siblings survived and escaped poverty and abuse, and why their parents chose to remain.

Published in 2005, the book had such an effect that it remained on the New York Times nonfiction paperback Best Seller list until October 2018, having remained there for 440 consecutive weeks. It will likely never go out of print. Why? It makes readers who are unfamiliar with poverty and dysfunction empathize with people and situations they might usually judge or pity or ignore, opening up their world; readers who are familiar with some or most of the circumstances recognize parts of themselves or the people in their lives, and feel less alone with that recognition. In either position, the reader comes to identify with the author’s story.

With no prior knowledge about David Sedaris, if one were to visit the Wikipedia page for his autobiographical essay collection Me Talk Pretty One Day and read the single-line synopses of each essay, a person might question why this guy thought that any of these experiences were book-worthy. “Today’s Special” is commentary on the descriptions of food on the menus of upscale restaurants. “The Learning Curve” chronicles his experiences as a writing teacher. “21 Down” is about his love for crossword puzzles. It’s life as we generally know it best—fairly average. Upon opening the first page, however, the unfamiliar reader quickly learns that everyday life, in Sedaris’s telling, is filled with the absurd, the nonsensical, the unfair, and the plain terrible—and all of that is able to be playfully or mercilessly roasted.

Me Talk Pretty One Day is not Sedaris’s first or last foray into memoir. His essay collections Naked, Holidays on Ice, Dress Your Family in Corduroy and Denim, and When You Are Engulfed in Flames round out the set thus far, and all have gone on to become New York Times Best Sellers. They’ve also cemented his legacy as one of the finest humorists in American literature. His success both in writing and speaking about his life experiences upends the commonly-held view that one has to have extraordinary life experiences in order to write a memoir. Like a friend who is able to spin uproarious tales about life events, Sedaris’s chronicles are compelling because they reveal the absurdity in what’s perceived as normal, and use humor to make those absurdities evident. And like that friend, having a David Sedaris book around is absolutely essential for an enjoyable time.

“I’m a chronicler of Negroland, a participant-observer, an elegist, dissenter and admirer; sometime expatriate, ongoing interlocutor.”

So begins the second chapter of Margo Jefferson’s memoir Negroland, an account of elite Black society from her perspective of having grown up within it, in mid-20th century Chicago. From the get-go, Jefferson gives the reader a view not only of her own life, but also the history of her world. On one page we get a scene of five-year-old Margo dancing at a recital full of “excited Jack and Jillers,” members of the prestigious Black social and cultural club Jack and Jill of America. On another, we learn of Anthony and Mary Johnson, African indentured servants brought to the American colonies in the 1620s who, after buying their own freedom, accumulated 550 acres of land, numerous indentured servants, and became some of the first legal slaveholders.

Negroland won the 2015 National Book Critics Circle Award for autobiography in addition to being a New York Times Best Seller. The book’s critical and popular appeal is clear. The lives of upper-class Americans have always been obscure, locked behind well-controlled gates, and thus have remained tantalizing to the rest of us. The Black bourgeoisie is even more obscure, and because of structural racism, its existence is all the more fascinating. Through her deft mixture of remembering and reporting, Jefferson grants access to a slice of American society many don’t know about and most will never be a part of. Memoirs like these will forever remain historically and culturally relevant. Research and interviews can only capture so much—nothing compares to a sharply observed first person perspective.

Memoirs are, at their core, written portraits of the human condition, and as such, many deal with personal trauma that impacts an individual’s life trajectory. Night, a memoir by Nobel Peace Prize laureate Elie Wiesel documenting his experience as a captive in the Nazi German concentration camps at Auschwitz and Buchenwald, is one of a very few memoirs that captures the trauma of an entire people, and gives insight into events that forever altered not only those people, but also the entire world. Along the way, Wiesel challenges the meaning of meaning, showing how many of the things that we hold onto—religious faith, communal solidarity, personal moral codes, basic empathy—are shattered when conditions are desperate enough. The only salvation is for the atrocity to end.

Night, an essential book in the canon of Holocaust literature, has sold over ten million copies since its publication in 1960. It’s been translated into 30 different languages, and it spent 80 weeks on the New York Times Best Seller list after Oprah Winfrey selected it for her Book Club in 2006. It was taken off by the paper’s news survey department—they’d decided it was no longer a new bestseller, but a classic. Night is notable for many, many reasons, but for our purposes, it’s an archetypal example of a firsthand account of events that shaped an era. It’s timeless for being wholly a product of its time. With books like these, anyone, from historians to everyday readers, can get a sense of what it was like to live through cultural touchstone events, and that’s something we will always return to.

In any genre of literature, as in society at large, classics are made when creators dare to push the envelope and move beyond the forms of their predecessors. Memoir is no exception. Some of the greatest autobiographical works, both historical and contemporary, are those that have chosen to do things differently. Borderlands/La Frontera by Gloria Anzaldúa, published in 1987 and now a classic of feminist literature, weaves together prose memories with analytical political commentary and lyrical poetry. Anzaldúa also liberally mixes Spanish in with the English text, refusing to prioritize a monolingual, Anglophone audience.

Persepolis, by Marjane Satrapi, experiments with language even further—it’s a graphic novel (well, graphic memoir, to be precise) that tells the story of Satrapi’s coming-of-age in Iran in the midst and aftermath of the Iranian Revolution primarily through illustration, with accompanying text. As of 2018, since its publication in 2000, it’s sold more than two million copies worldwide.

Memoirs like Borderlands/La Frontera and Persepolis  have made an impact because they’ve combined great storytelling with approaches that push the genre forward, opening up the possibilities for future memoirists (and writers in other genres). They also reflect the authors’ individual experiences and ways of seeing the world. Anzaldúa’s mixing of untranslated Spanish with English reflects how she speaks and thinks in real life at her most comfortable, and Satrapi’s use of the graphic novel form allows her to combine her talent in both visual art and written storytelling. In thinking beyond literary conventions, these authors have given future writers more ways to tell their stories.

And ultimately, that’s what makes a great memoir—when a writer embraces their unique perspective. Readers may open the pages to identify or to learn, and may come away laughing, crying, amazed, or a mixture of all three, but the memoir and the author remain in their hearts and minds. No matter the nature of our life story, we all have that unique perspective and mode of expression. What matters is finding yours.

The team at RedShift Writers

Want to tell your story? Contact us to connect and capture your story for generations to come.